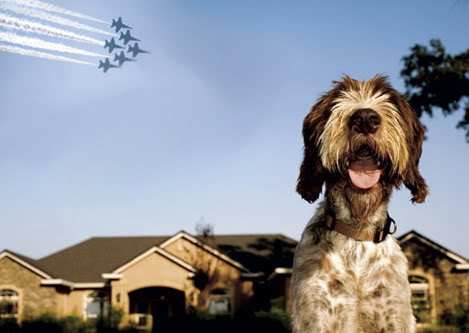 June 16, 2010 In Uncategorized By ian@iancoble.com

Photoshop, Retouching, Digital Art and the Debate of “What is Too Much?”

There’s been some controversy in the photo world lately, with the spotlight most recently being aimed at National Geographic… more specifically at the winner of one of their monthly photo contests. Their “Your Shot” photo contest was recently awarded to photographer William Lascelles for the shot below. After numerous complaints from readers, Lascelles finally admitted to the photo being a digital composite.

Had the photo contest been open to digital art, there wouldn’t have even been an issue and I wouldn’t be making a blog post about it. However, clearly stated in the contest rules is the statement that any digitally manipulated images will be disqualified. To the credit of National Geographic, they originally had doubted the photos authenticity and asked Lascelles for some sort of proof. Lascelles offered them a separate photo he had also composited, claiming it was the next frame in the sequence, and hence furthering his deception.
Manipulating images is going to happen. It’s been happening for decades. Even the great Ansel Adams manipulated images by dodging and burning in the highlights and shadows of his photos to create more mood and detail. And yours truly does a fair amount of photoshopping too. I routinely adjust color density, shadow and highlights and clone stamp away blemishes. I’ll even do some moderate photoshopping if the image or the client calls for it. I think photoshop is an incredibly valuable tool that allows us to make changes to photos that wouldn’t even be possible to create under real lighting conditions.
To showcase a drastic example of this, I’ll turn my attention to photographer Ed Freeman and his surfing photography (pictured below). Freeman, who has never surfed a day in his life, went about creating a series of surfing photos that related to how surfing “feels to him”. Freeman readily admits that his images are photoshopped to hell. On his site is the disclamier “This is not reportage photography, it’s meant as fine art and I’ve taken all liberties in editing and retouching…”

I first saw Freeman’s work in PDN last year and I was really impressed with it, but something didn’t feel right. (At the time, I wasn’t aware that his images were composited, but now that I know, it makes more sense.) There was something about the body positioning of the surfers that didn’t seem natural. Personally, I would never do something like this, as I think there’s more value to an image that has been created in camera. But, that aside, his work is still impressive. It might not be photography in my book, but it’s still beautiful.
Personally, I think there’s a time and a place for digital manipulation. To me, basic color correcting, dust removal as well as dodging and burning are essential manipulations that every image should undergo. It just cleans things up and makes the photo look closer to how things looked when the photo was taken. For editorial, I believe that’s the extent of manipulation that should occur… nothing more.
However, if we’re talking commercial work, then I think there’s more room for leniency with retouching. You’re trying to represent a brand with the BEST possible image. If that means some digital manipulation, then so be it, but I think that such manipulation should have bounds and should not go beyond what is realistic or possible. I could photoshop an image of a skier dropping an unskied line on Everest, but I won’t, it’s not realistic. However, photoshopping a models blemished skin, over saturating of the sky, playing with the sharpness or high pass filter… I’m all game for it in the commercial realm.
With the most recent National Geographic contest hoax, has come the resurgence of the ongoing debate about how photos are creating false expectations of what’s real. Rob Haggart made a comment about the phenomenon of overly manipulated photos and the implications that has on the photo industry and society as a whole. “They devalue the work of photographers with the skills and patience to capture awing images in real time. Even worse, modern photo manipulation is seriously screwing up our concept of reality and our willingness to believe what we see in magazines”. And I think Rob makes a good point. Our society has some seriously warped ideas of “beauty” in large part because of the fashion and beauty magazines and the extreme leniency they take with photoshopping and retouching.
I don’t know that there are any answers to the retouching debate. I don’t think that it’s a black and white issue. It’s a case specific issue in which everyone will have differing opinions on.
Big thanks to Steve Casmiro for originally making me aware of this story. And additional thanks to Rob Haggart for his related article in September’s Outside Magazine.
PS. As I’m finishing up this post, this news just dropped about the doctoring of a photo of Lance Armstrong for Outside Magazine’s latest cover. Apparently the art department at Outside took some liberties with Armstrongs T-shirt and added the “38 BFD” to make more of a story out of the photo. Unfortunately for them, Armstrong doesn’t approve and responded with the following Tweet: “Just saw the cover of the new Outside mag w/ yours truly on it. Nice photoshop on a plain t-shirt guys. That’s some lame bullshit. #weak”

To see Outside Magazine response, check out the ARTICLE.