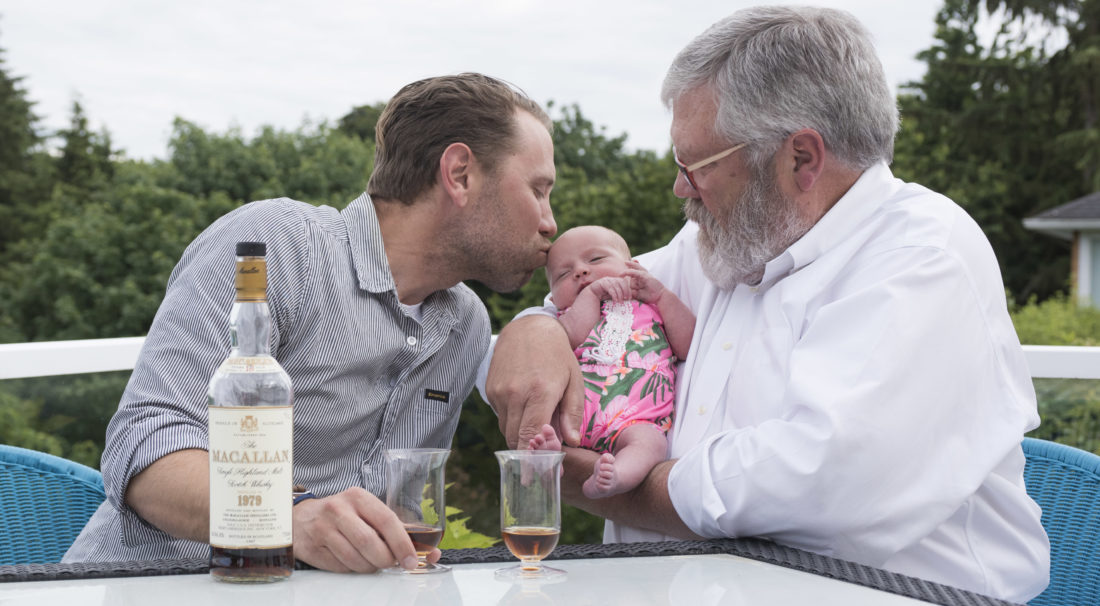 Message in a Bottle – AutoBiography on the gift of Scotch

I recently got to work on a project that was very personal and fulfilling for me. A friend of mine (Mike Berard: editor of Coast Mountain Culture and Kootenay Mountain Culture) approached me about a project he was working on for an unnamed coffee brand. He was trying to tell stories of interesting people/ events/ places that had a deeper connection with family.

Long story short, we began discussing a birthday present I received from my father on my 21st Birthday… a bottle of Macallan 18 year single malt scotch. Rather than me retelling the story, I would invite you to take a few minutes out of your day to read the following article Mike wrote. I feel it is absolutely beautiful! It chronicles how tradition is (and can be) passed down to your children… sometimes in unconventional ways. (the story is no longer live on the web, so I have attached it in its entirety below) 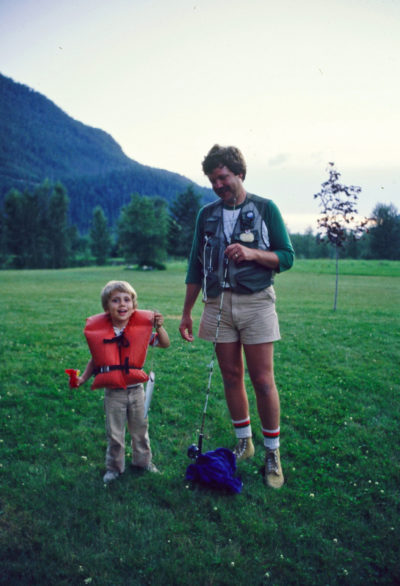 Fatherhood is a monumental thing. Beyond careers, fortunes or personal accomplishments, the qualities we pass onto our sons and daughters define our legacy. It is in their eyes that our story will be written, remembered, and shared. Each chapter of the story is penned in different experiences shared by father and child: joy, discipline, pride, humor, loss, love. Legacies and lives form a complex narrative and, like any good story, they are helped along by a wee dram.

When Tom Coble’s son, Ian, came of age at 21 years old, the Bainbridge Island, WA bon vivant gifted a bottle of 18-year-old Macallan single malt scotch to him (Macallan 18 had the year it was distilled on the label, Ian’s birth year). On the box, handwritten in Tom’s upper case lettering, a set of rules. In Tom’s garage, 11 more bottles sat in a dusty corner, to follow suit.

Bottle #1 – Instruction on how to use:

Later that year, the two visited Alaska, as they had many times before, floating and fishing the wide, clear rivers of that great state. And while the first bottle of scotch came along for the trip, it wasn’t the first time Ian had sampled Scotland’s finest export.

“I was 14 years old when I went on my first fishing expedition.” Recalls Ian “I remember there was always a bottle of scotch being passed around. Truthfully, that’s when I probably first snuck a sip. It tasted like lighter fluid. I hadn’t developed the palette yet. 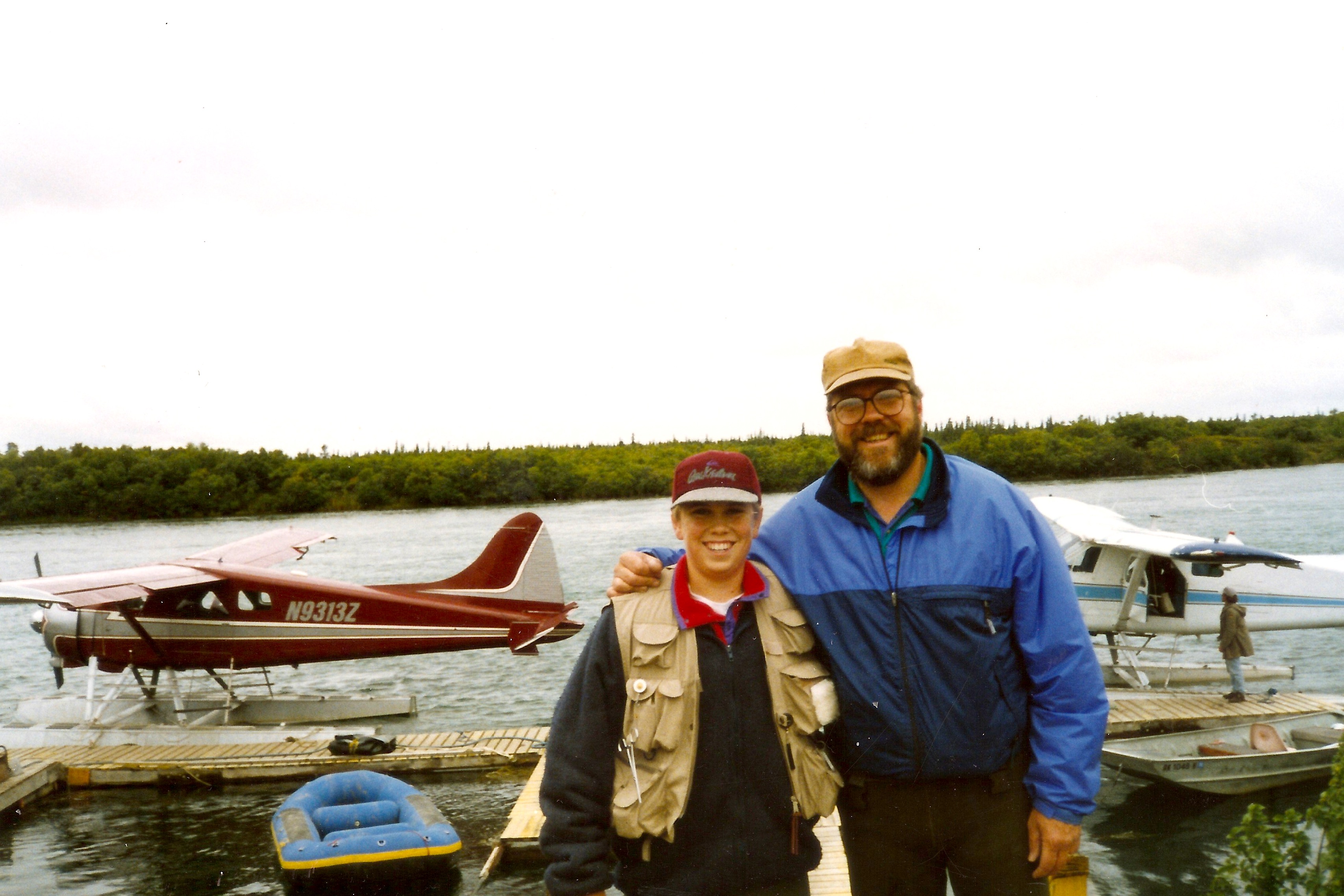 By the time he hit 21, Ian’s flavour profile had matured. He was an avid skier, a budding photographer and a student at Western Washington University. Over the next six years, father and son would exchange a bottle on Ian’s birthday, each time with new instructions.

“Sharing this whisky became our personal tradition,” says Tom, “which was all very intentional. I saw it as a rare opportunity to create something unique between the two of us. It was meant to be a very special thing.”

Over the years, each annual bottle of scotch travelled as well as it matured; mostly on fishing trips (“at least one empty bottle was sacrificed to the River Gods on a bonfire”) and mostly to Alaska, but the duo also sipped the spirits while fly-fishing Wyoming’s Snake River, bone fishing in the Bahamas.

Bottle #6 – Introduced the equation for the molar mass of ethanol plus “Oak” (C2 H5 OH + Oak) and handed over a little bit of paternal power. Looking back, Tom remembers why he made the switch from instruction to self-empowerment. Ian had grown into a man. He made his own choices. As we fumble through this relationship, a father’s approach must evolve with his son’s journey.

“I learned the person you are giving the gift to changes with time. Life changes…” he says. “It’s the relationship, not the product, that mattered. I wanted Ian to have the tradition to do with as he saw fit. To make his own rules.”

Bottle # Seven –  “This whisky is 27 years old! And so, on this occasion, are you…both you and it are rare, of high quality, and of purpose. It is with pride we give this to our pride. Happy birthday! Since we are on the second half of the lot, it might be good to start thinking how best to use what remains. Therefore, the rules of consumption are in your hands. Choose wisely.”

Bottle # Eight – “[The bottles] don’t come every year, so when they arrive it is a year of significance. Like the content of this bottle you have steeped and matured. You are adding complexity and smoothness. May you find your life as rich as this whisky. May you share it with only those who deserve to share the bounty and richness of your life. Happy Birthday, Dad, 2010.”

As years went by, new bottles left the increasingly dusty case in the corner of the garage less frequently. The bottles were saved for life events. Tom grew more poetic. More metaphorical. And that’s the mark of fatherhood, isn’t it? Growing with your child. Adapting to new methods. Finding innovative ways to deal with entirely fresh experiences. Along the way, we will witness our children as they find independence. We will feel the bittersweet sting as they move on, not needing us.

In Great House, Nicole Krauss’s stunning novel about loss, memory and intentionality, she writes “Parenthood is about teaching the thing you love the most to not need you anymore.” It’s a reminder that even our most precious relationships will end. Our stories will be told by those who come after us, in their own words.

Not to be wasted on anyone who cannot appreciate this water of life for what it is.

There are only a handful of people on this planet who have drank from the 10 bottles of scotch Tom and Ian have shared in the past 17 years. One uncle “quaffed it like well whisky”, causing them to whisk the bottle away and cork it. Another uncle marveled at the complexity and color the liquid had gained after 18 years in the cask and more in the bottle, “we opened the bottle when he was around”. But that’s what time does to us, at least it adds complexity. The passage of the clock hand allows us to learn from each revolution. The wisest among us know that milestones happen by fate, but also by design. Creating a safe space for the magic to happen is as important as marveling at it. Intent is more critical than dreaming. When a father creates a tradition, he isn’t trying to corral or preserve the past. He’s trying to create the future.

To be shared with your first born on his/her 21st birthday…when this happens, then you will know and understand the sentiment with which this gift was given.

On May 17th, 2017, Ian’s wife Karlee gave birth to daughter Kahloe Madison Coble, their first born. Now the tradition has expanded beyond just father and son.

But there was one other bottle left in the dusty cardboard box. Life had gotten busy and one bottle had not been gifted when Bottle 12 had been designated. What to do? Tom said he came to a decision with tears in his eyes.

Bottle #13 – This bottle is given to Kahloe on the day of her birth, welcome into our family. This bottle is to be opened on your first born’s 21st birthday. It is to be shared with your child, your mother (Kahloe) and grandfather (Ian), hopefully on a remote river casting flys, in hope that a trout will rise…

From your great grandfather Tom 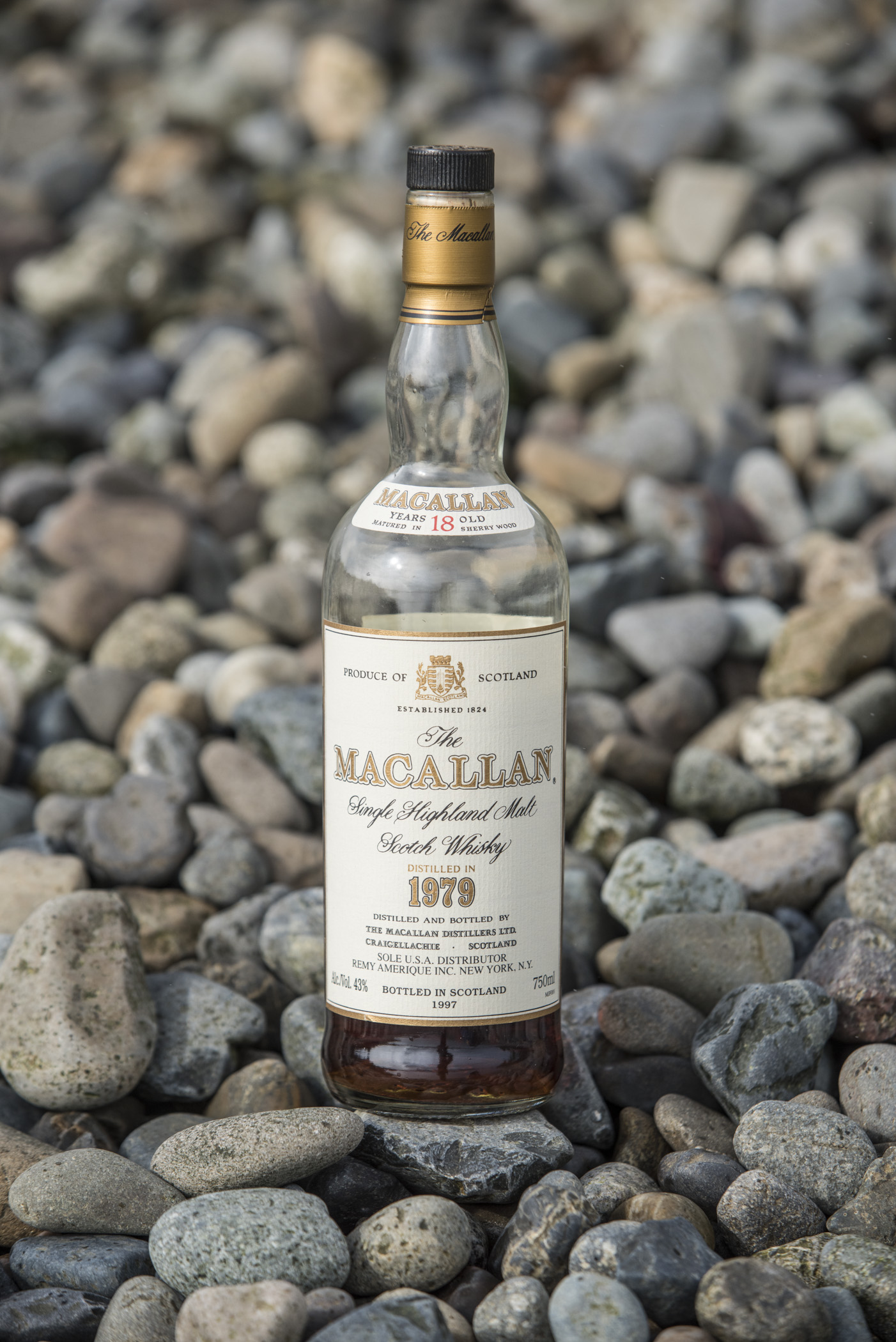