I got a call a little while back that took me by surprise. It was a representative from Michelob asking if I’d be interested in working with them on a new campaign. I wasn’t surprised by the request to work with them, but instead by the fact that they didn’t want me to shoot the campaign, but instead to star in it!

Check out the video (above) and the print ad that ran in Sports Illustrated, starring yours truly 🙂

Thanks to everyone involved in this campaign (Michelob Ultra, Time Inc, Rebel Road Studios, James Chiang and everyone else I may have forgotten). 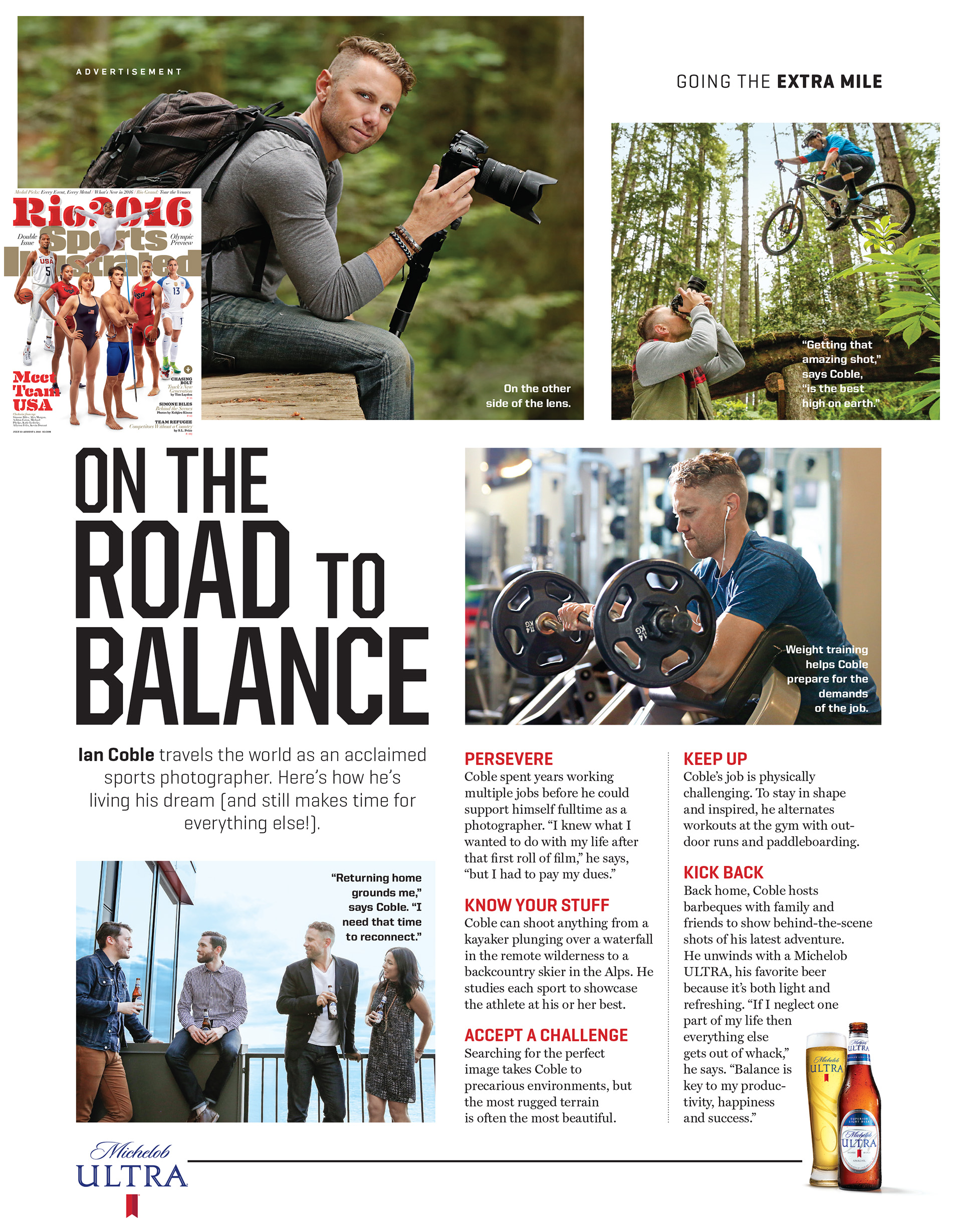